How High Will You Soar? 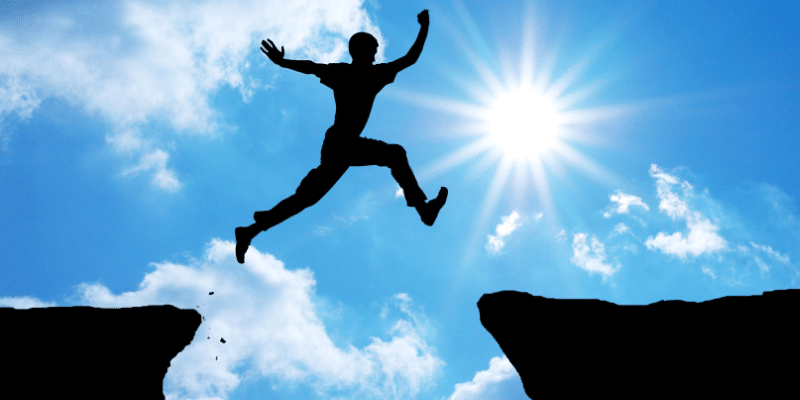 The English poet Alexander Pope wrote: “Blessed is he who expects nothing, for he shall never be disappointed.”

In my teenage years, I adopted that very philosophy. I consciously decided that pessimism would be my way of approaching the world. Living from that perspective, I reasoned, I could never experience disappointment. I believed that if I had low expectations, I’d either get what I expect or I’d be pleasantly surprised when something better happened. Either way, I would be protected from disappointment.

That is no longer my life philosophy. You can probably imagine that it didn’t work. Have you tried on pessimism as a way of being in the world? Is it working for you?

Since moving away from my pessimistic philosophy, I have not taken up optimism. I don’t think we have just two choices — pessimism or optimism. To me, optimism and pessimism are two sides of the same coin. They are ways of looking at life through the lens of being a victim. They are about things happening to me.

It can be hard for some of us with ADHD to feel that we have agency — that we can make things happen to create the lives of our dreams. Many of us don’t have a strong connection to our future selves or to our goals and dreams, so we don’t even know what would make us happy and fulfilled. But just because something is hard doesn’t mean it is impossible!

We can look at our limiting beliefs about ourselves and at the lid we have put on our expectations of what our lives can amount to and what we can contribute to the world. That lid can be lifted by changing our limited beliefs. It may take work. It may take the support of another person. It may take a bit of time. But my life experience tells me it is worth the effort.

One thing that can help is thinking about people we admire. Try this exercise: make a list of several people you truly admire. They can be people you know, relatives, historical people, or even people from fiction. Write down the character traits that you admire in those people. When you have finished your list you will have created a list of all the traits you are here to express in your life. That list may help you create a road map to the fulfilling life you wish to live. It’s never too late! I’m doing that at 75!

Do you know about Albert Schweitzer? He is one of my “admirable people.” Wikipedia describes him as a polymath (a person of wide-ranging knowledge or learning) and as “a theologian, organist, writer, humanitarian, philosopher, and physician.” He won the Nobel Peace prize in 1952. I don’t hear him mentioned much any more, but he was someone I greatly admired in my teen years. You might be interested in reading about him. He even had something to say about optimism and pessimism:

An optimist is a person who sees a green light everywhere, while a pessimist sees only the red stoplight … the truly wise person is colorblind.

I’m not sure how Schweitzer would have expanded on that quote, but his life is an example to me of what he was trying to say. He was a consummate activist. He used the abilities he had, developed them, and made enormous contributions to the world in many divergent areas. I majored in organ in college and had recordings of Schweitzer playing Bach. He was considered a Bach expert and transformed that field with his scholarship. He wrote a monumental book, The Quest for the Historical Jesus that had a huge influence in the field of theology. And he was a medical doctor who spent much of his life helping the sick through the hospital he established in what is now Gabon in Africa. In his later years he worked against nuclear weapons with Albert Einstein and Bertrand Russell.

What amazing things can each of us do with our magnificent talents and gifts? What stories are we telling ourselves about our limitations that we can change to stories of strength and opportunity and empowerment. What good can each of us do in the world? The sky is the limit! How high will you soar? You are free to be the best version of yourself that you can imagine!