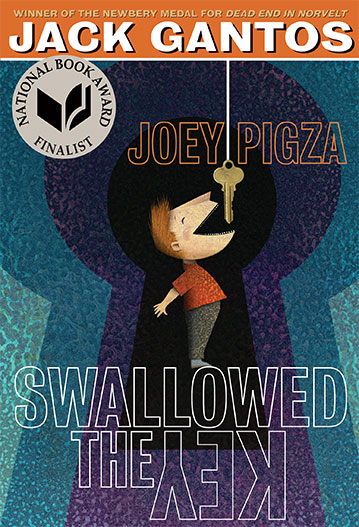 This is the seventh in a series of brief posts during October — global ADHD Awareness Month. Each features a quote that relates to ADHD and neurodiversity.

Today’s quote comes from one of a series of five books of fiction written primarily for 8-12-year-olds by Jack Gantos. The hero of the series is a boy named Joey Pigza who has ADHD. Joey is speaking in this quote:

It wasn’t that I hated being asked a bunch of questions. I had nothing against questions. I just didn’t like listening to them, because some questions take forever to make sense. Sometimes waiting for a question to finish is like watching someone draw an elephant starting with the tail first. As soon as you see the tail your mind wanders all over the place and you think of a million other animals that also have tails until you don’t care about the elephant because it’s only one thing when you’ve been thinking about a million others.

Macmillan, the series’ publisher, says this about the Joey Pigza books:

Joey Pigza’s got heart, he’s got a mom who loves him, and he’s got ‘dud meds,’ which is what he calls the Ritalin pills that are supposed to even out his wild mood swings. Sometimes Joey makes bad choices. He learns the hard way that he shouldn’t stick his finger in the pencil sharpener, or swallow his house key, or run with scissors. As Joey knows, if he keeps making bad choices, he could just fall between the cracks for good. But he is determined not to let that happen.

Joey Pigza Swallowed the Key was a finalist for the National Book Award, and Joey Pigza Loses Control received the Newberry Honor. Jack Gantos’ series is full of humor and real situations that many children can relate to.

Adults can find humor and insight in these books as well!