ADHD Fact #29 – Not Everyone Who Wiggles, Fidgets, or Talks Fast Has ADHD 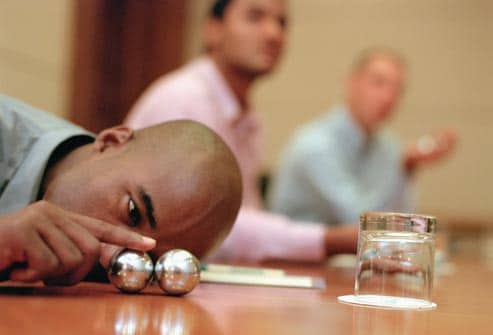 In TotallyADD’s excellent video ADD And Loving It?!, one of the experts says something like this: “Not every kid who squirms because his mom used a new fabric softener or whose underwear is too tight has ADHD.” The same can be said for adults who push themselves to fit in more than they can handle and feel like they surely must be hyperactive and have ADHD. An occasional feeling does not mean one has ADHD. ADHD is with you all the time — managed better in some moments than others.

Also in the movie some individuals on the street are asked what percentage of individuals in the population have ADHD. On person said seven people out of ten! Another said thirty-five percent. This also seems to demonstrate a misunderstanding of ADHD. The actual fact is that somewhere between five and nine or ten percent of people actually have ADHD.

Have you had friends who jokingly describe themselves as “ADHD” when they demonstrate some stereotypical behaviors? The fact is that ADHD is not something that turns off or on from moment to moment. The challenges of ADHD are present all the time. There is a difference between someone who actually has ADHD and someone who occasionally fidgets or squirms or blurts.

The minimizing of ADHD into a caricature is something we hope to address by sharing the facts about ADHD during ADHD Awareness Month. But it is also something we can each address all year round!