ADHD Fact #7 – There Is No Upper Age Limit On ADHD 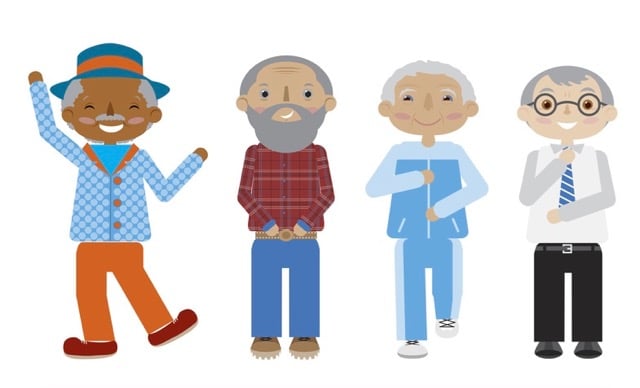 According to the American Academy of Pediatrics, children as young as four can be diagnosed with ADHD. But at the other end of the life span, apparently there is no age limit.

My husband Neil was diagnosed at age 60, but that wasn’t for lack of trying at earlier points in his life to find out what was behind his challenges. At the time he was first looking to doctors for help (in the late 1980s and early 1990s), it was not generally understood that ADHD was something that could even be found in adults. ADHD was supposed to be a condition that was outgrown with childhood. So all Neil received from the doctors and others he consulted was a confirmation that he was very smart. While good to know, that information didn’t help him overcome his problems with time, organization, slow processing, and many other issues that made his life (and mine) so challenging.

Now it is fairly widely known that ADHD can be diagnosed in adults of any age. Terry Matlen has told the story of Betty, who was diagnosed at age 75! Even though Betty finally had an explanation for her lack of focus and other challenges, she had a hard time letting go of the self-doubt and low self-esteem that had built up over her many years living with undiagnosed ADHD.

If you see ADHD in your children or grandchildren or great-grandchildren and remember ways in which you were just like them as a child, you might want to consider seeing a doctor who understands how ADHD looks later in life. (You might have to talk with several possible diagnosticians, since there are still people who don’t believe ADHD is real, much less that seniors can have it!)

But it might be worth the search to find someone who knows what to look for and how to help. Imagine the relief at learning that you are not lazy or stupid as you and others have believed. It’s never too late for a fresh start!