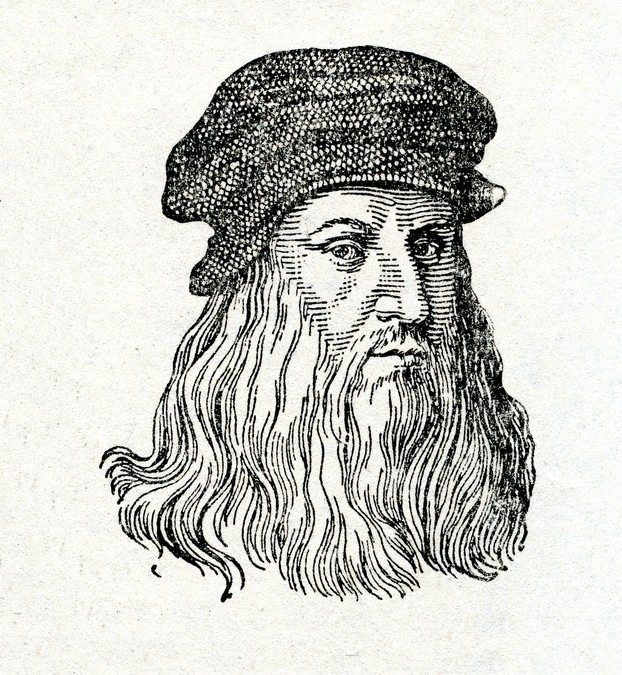 Lots of folks with learning differences have challenges when they are dropped into the traditional educational environments of today. Many students are bright, even extremely bright, but challenges in the area of executive functioning or differences in learning styles hamper their school performance.

In the last couple of months I’ve spoken to several people who feel strongly that we are not serving our young people well when we “teach to the test” at the expense of offering, for example, hands-on learning experiences that might lead to excellence in technical or trade schools or even modern versions of apprenticeships after high school. Shop, woodworking, cooking, home economics – all classes that were available when I was in high school, are not encouraged by today’s ideal or often are not even available. A great deal of learning can also go on outside of the formal educational structures and continue throughout life, as Leonardo and Will Shakespeare’s lives exemplify.

Today, “The Guardian” has printed an article about those two people whom we usually think of as geniuses and who were largely self-taught. I thought I’d share a portion of that article because it’s inspiring to me, and perhaps will be to you. How many Leonardos and Wills are living among us just waiting for the nudge to send them down the path of exploration and self-learning to find their unique place in the world! Click here to read the full article:

So what have Leonardo and Shakespeare got that other Renaissance artists and writers have not? Why don’t we get similarly excited about Raphael or Edmund Spenser? The answer is that they are artists of the people. Neither went to university; both were in many ways self-taught, their capacious minds not limited by the elitist culture of Renaissance humanism. They embraced popular culture, popular ways of thought, and that speaks to our democratic age.

The Renaissance was an intellectual revolution kickstarted by scholars rediscovering the classic texts of ancient Greece and Rome. The wisdom of these pagan authors gave a licence to explore the human condition in a new and richer way. Leonardo had only partial access to that high culture. His main education was as an apprentice painter in 15th-century Florence. You needed to know enough stories from mythology to put them in your paintings, but there was no need to understand Latin or Greek. Yet, Leonardo taught himself everything he could find out around him – including Latin, but also so much more.

He watched builders and studied the mechanics of their cranes; talked to soldiers about the latest weapon designs; observed the way birds fly. This programme of self-guided learning started when he was young and continued all his life. Leonardo’s greatest artistic achievements are not his handful of surviving paintings, but the drawings and notes in which he explores the world. The notebooks where the originals of the model machines in the Science Museum show can be found may seem like secret books of wisdom. They are not. They are something much more beautiful: the record of a lifelong quest for understanding.

Shakespeare, like Leonardo, sought out most of his knowledge by himself, from books he read; from conversations with peers such as Christopher Marlowe (who probably told him about Leonardo’s old mate Machiavelli); and above all from observing the world around him. He listened to the speech of the streets. Shakespeare’s imagination is as democratic as Leonardo’s. And Leonardo, for his part, is as universal a character as Shakespeare’s Hamlet, whose uneasy and restless mind could almost be a portrait of his endlessly questioning genius: “What a piece of work is a man.”